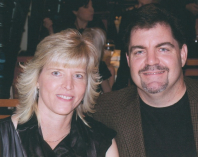 Tom and Betty began their ministry at New Life Church as Youth Leaders in 2007.  Since then they have helped in the church with the Men's Ministry, the Nursery and as Leaders of Home Group Bible Study.  They became Associate Pastors in 2018.